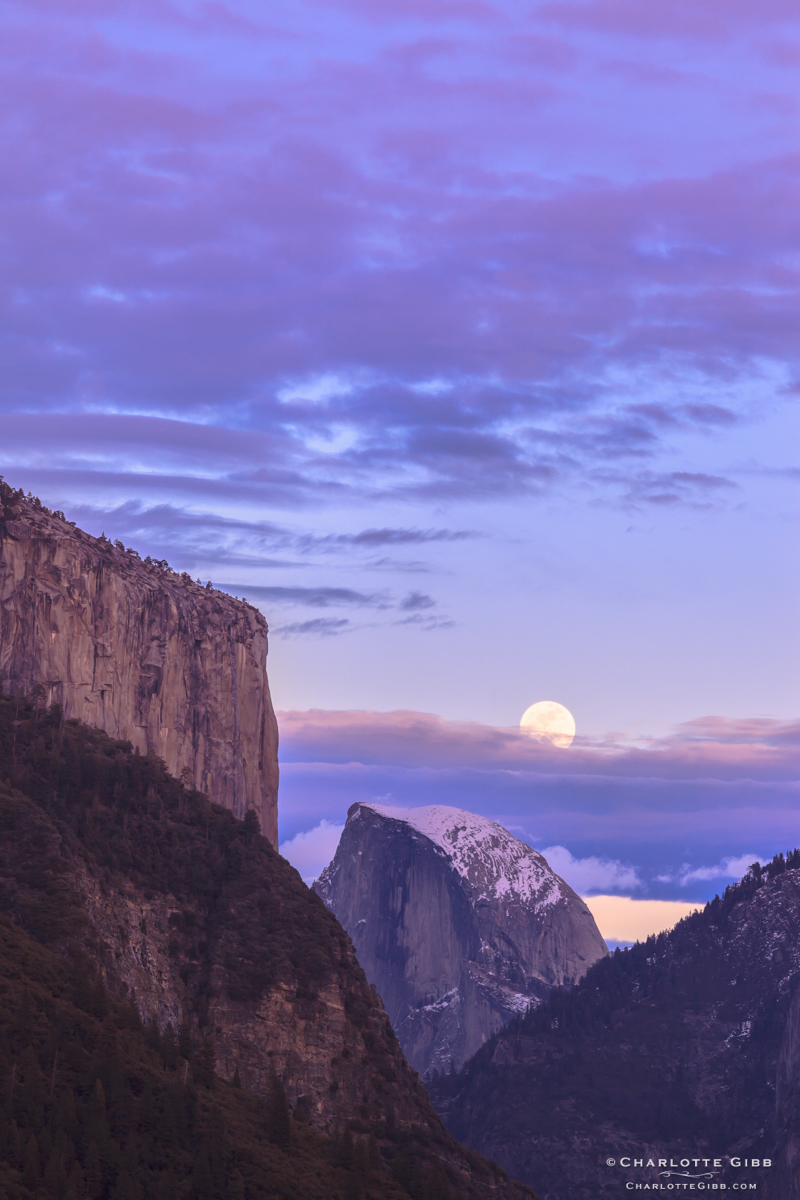 If you read my blog yesterday, I featured a photo that I had taken at sunset in Yosemite facing West. The image featured in this blog is the one that I had taken just moments prior, facing East, and this was the shot I had intended to capture — the (almost) full moon rising over Half Dome.

It’s not terribly difficult to photograph the full moon, but there are a few tricks to it that can help you achieve better results.

First of all, you will need a tripod. The moon is moving, you are moving, and and in order to get the landscape in focus as well as the moon, you are going to be using a small aperture (big number) and therefore a slow shutter speed. Having your camera firmly grounded on a tripod will ensure a sharp image.

Use a long lens. I’ve taken plenty of full moon shots with a wide angle lens, with the moon featured less prominently, and it still provides a powerful symbol in a composition. But if you want the moon to be the main subject in your composition, then use a telephoto lens. The above image was captured with a 200mm telephoto.

Shoot a day or two before the moon is actually full. If you want to include the details of the landscape in your composition, then photographing the moon a day or two prior will allow the landscape to be lit by the setting sun as the moon rises in the East. Otherwise, your composition will include a moon over a darkened landscape, which is ok too if that is the affect you want. The photo above was taken the day before the moon was actually full.

Shoot in manual mode. I know a lot of new photographers can be hesitant to shoot in manual mode or aperture priority mode, but bracketing is a must when you are photographing subjects with high contrast. Shooting in either of these modes will allow you to make several exposure compensations.

Research where the moon is going to rise and plan your shot ahead of time. There are several tools available for anticipating where and when the moon will rise in a landscape. The widely used Photographer Ephemeris is an easy tool to use and offers both an app for your smart phone as well as an app for your computer.

Sunset Clouds Over the Sierras 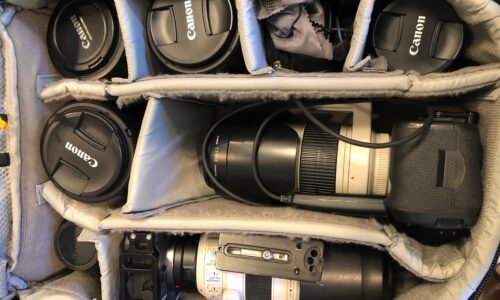