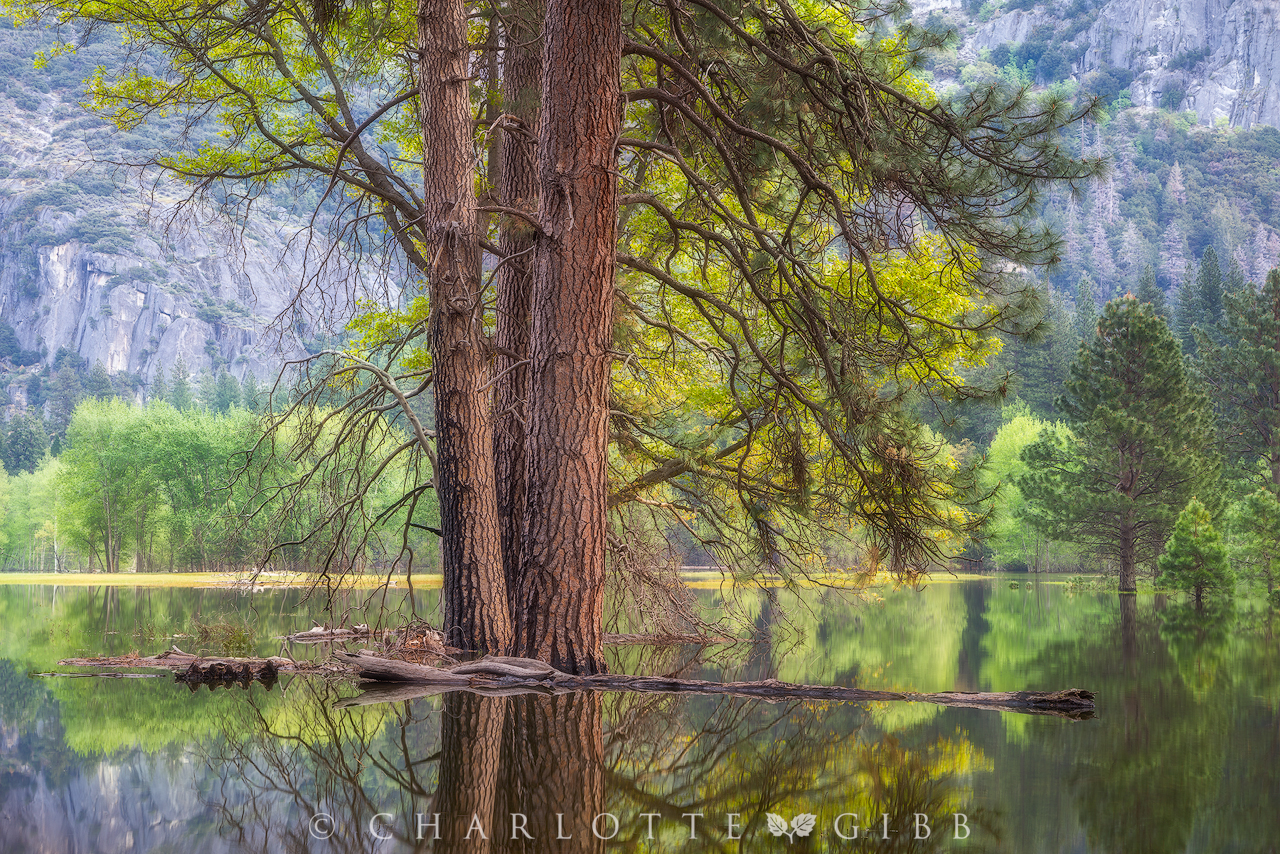 Yosemite National Park is a special place to visit any time of year, but it is Springtime when she really puts on a show. The Dogwoods and the Redbud bloom cheerily along the Merced River, the Cottonwoods push out new, lime-green growth. And there’s water. Lots and lots of water.

This year was especially spectacular, due to the above-average snowfall that the Sierra received over the Winter. As the weather warmed, the snowmelt increased, creating new cascades of water down high cliffs in the Valley. All of the waterfalls gushed, creating minor flooding down below. The meadows were transformed into shallow lakes, where you could watch a variety of waterfowl foraging for food. I even saw a man doing the backstroke in El Capitan Meadow!

Normally by this time of year, the road across Tioga Pass is open. But not this year. There are still record amounts of snow along the road and crews are still working hard to clear it. However, the road to Glacier Point did manage to open as usual in time for Summer vacationers.

I was able to make two trips to Yosemite Valley this Spring, and both times the crowds were significantly bigger than I seen in previous years. Long delays at the entrances and traffic jams were common, especially around the weekends. Even so, it was wonderful to be there to witness the changing of seasons and pay tribute to the jewel of our National Park system.