I hadn’t planned to photograph the total solar eclipse that swept across the United States on August 21, 2017. First of all, I knew nothing about photographing such astronomical events, nor did I have the special filters required to make a usable image. And, as the day drew nearer, it seemed improbable that I would find a place to stay anywhere near the path of totality. I was pretty much resigned to stay home and miss the entire event, in spite of my great curiosity to witness, if not photograph, the only total eclipse that would ever come close enough to observe first-hand in my lifetime. So, when my friend offered up an extra room and invited me to join her large family reunion in Jackson, Wyoming to share the experience, I jumped at the opportunity. My research on photographing an eclipse began in earnest. There would be no dress rehearsal for this celestial event, so I needed a good technical grasp on what to do and when to do it.

First, it should be noted that a total solar eclipse does not remotely resemble a partial solar eclipse. Even if only 1% of the sun’s surface is visible, it is not a total solar eclipse. Only in the exact moment of totality can you view the eclipse with unprotected, naked eyes. Nothing prepared me for what I saw on August 21st. This is what I saw in that moment — a black hole in the sky where the sun used to be, surrounded by bright, white rays of light — the corona — swirling and extending outward from the center like angel’s wings. The ground around my feet shimmered with snake-like shadows as the moon moved closer to entirely covering the sun. Then, stars appeared as day turned to night in an instant. A small bird, confused by the shifting light and completely unafraid of us, took refuge near our feet. As the moon completed it’s journey past the sun, a bright spot appeared in the 2 o’clock position, revealing why this phase is so called the “Diamond Ring”. We shielded our eyes once again as the moon passed by.

I felt like I was looking into the face of the Creator. It was awesome, to say the least. I was literally so star-stuck in the moment that I nearly forgot everything I had painstakingly learned about photographing a total solar eclipse.

After all the prep, what could possibly go wrong?

In the months leading up to the eclipse, there was work to do. Most of the equipment necessary to make a photograph of the event was already in my bag: a sturdy tripod, 400mm telephoto lens with a 1.4x extender, two professional-quality camera bodies, and a remote shutter release. However, a solar filter for two lenses and solar viewing glasses were still needed. These items were sure to become scarce as the day drew nearer, so the my first order of business was to find a solar filter for each of those lenses. They were available online, but were on backorder. Nail-biting ensued, but the filters arrived as promised, with only eight days to spare.

With only a week left, it was time to rehearse, which was limiting without an actual eclipse on which to practice, and exposure settings would be a guess at best. But practice I did, and it was a good thing, too. I had decided to use my new Sony a7Rii for this photograph, and the camera was still not entirely comfortable in my hands. It was an effort to figure out how to make the simplest adjustments. The buttons were all in the wrong places, compared to my trusty Canon 5DsR, which I could operate in the dark. However, the Sony was the better camera choice because of its superior sensor with better dynamic range. This image would require great dynamic range because of the great amount of contrast in the sun’s corona. The decision would pay off if I could manage to operate the camera properly under stress. It was a good test, and I passed. Barely.

Chances were good that skies would be clear on the day of the eclipse. Wyoming in the summer is known for its big, unobstructed clear-blue skies. However, fires were burning in the mountains of nearby Idaho creating a lot of smoke and haze, and in the week prior to August 21st, cloudy skies were forecasted for the day of the eclipse. Either of these conditions could have meant that all my preparation would be for naught. I considered abandoning my group and driving a distance to find clear skies, but I was a guest among 35 people, all there for one reason: to witness the only total solar eclipse that they would likely ever see in their lives. I decided to stay with them in Jackson and pray for clear skies. The day prior, the weather prediction was still for partly cloudy skies. I had never been to Wyoming, had only arrived the day before and had little time to scout suitable locations. But my friend and I managed to find a great historical location in the Elk National Preserve that would easily accommodate all 35 of us to enjoy the spectacle together. The site was complete with very nice docents, porta-potties, picnic tables and plenty of parking. The morning dawned clear and bright. After a sleepless night, it looked like things were going to work out after all.

I was prepared. I had two of everything should there be an equipment failure. I had made mental notes of what to do and when to do it. I had even installed an app on my iPhone that would count down the eclipse for me based on my precise GPS location. I had read multiple technical articles on photographing an eclipse. I had calculated backwards from the moment of totality in 10-minute increments, and then set a timer on my iPhone to alert me to start another sequence of exposures. I bracketed like there was no tomorrow. I remembered to replace my battery with a fresh one 15 minutes before totality. And then, at the moment of totality, as I stared at the sky completely stunned and awe-struck, I forgot what I was supposed to do. My LED screen was black. What was wrong with my exposure? Why couldn’t my camera see what my eyes were seeing? WHAT WAS WRONG? I turned to my friend and said, “Jan, I have stage fright. Something is wrong and I don’t know what to do.” She giggled. We were both giddy and excited, but somehow her giggle snapped me out of my momentary amnesia and I remembered. “Remove the solar filter during totality,” I had read sometime in the weeks before. Filter off, game on. For the next two minutes, the exposures I saw on my LED screen were absolutely mesmerizing, and in those two minutes, I was so very glad to be a photographer.

Out of Her Element: A Landscape Photographer Goes to Sea 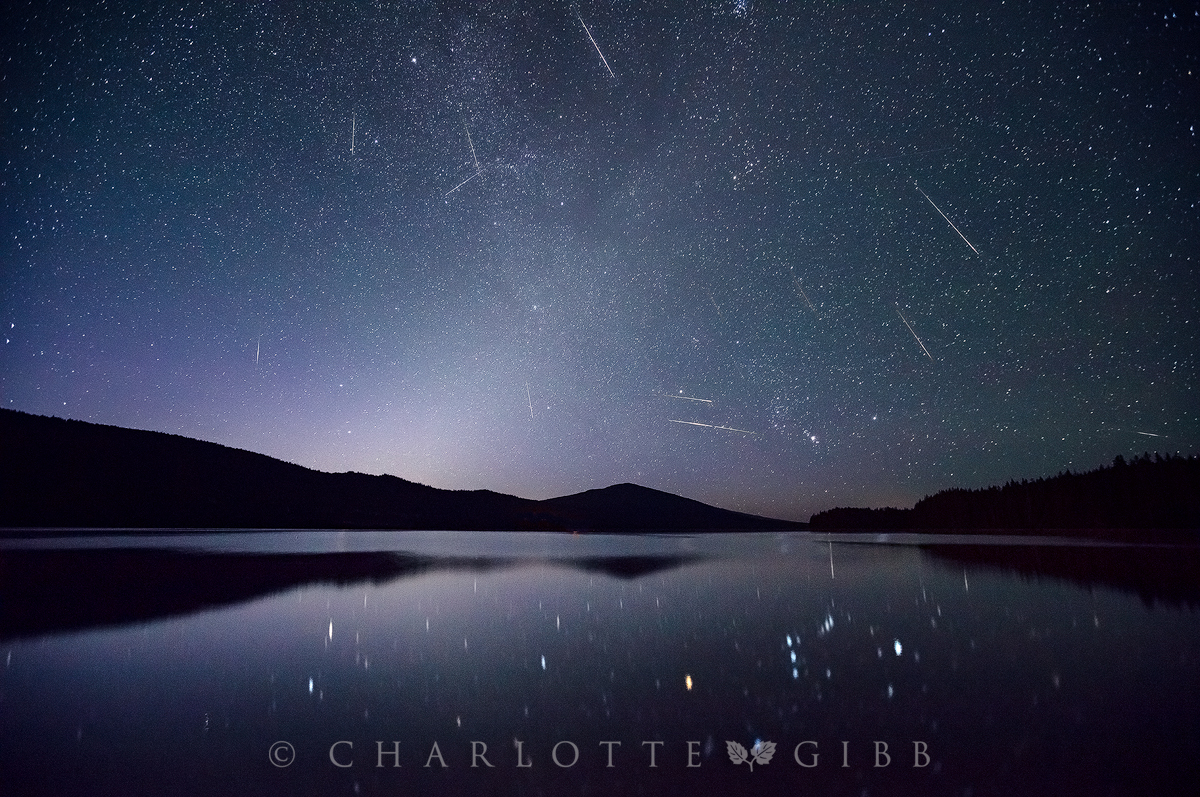